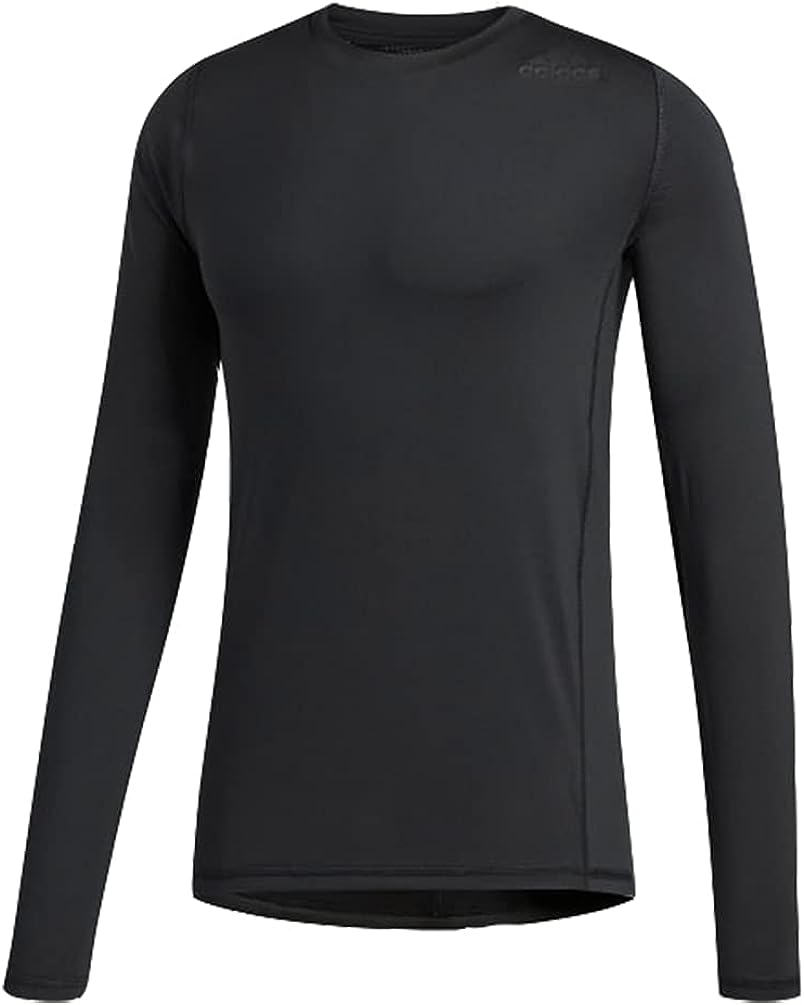 This men's training t-shirt was made to keep you dry while you workout. The moisture-wicking climalite fabric keeps sweat away from the body. The lightweight shirt features a loose, stretchy compression fit.